A little late for a New Year's post... but it's been busy since January 1!

I'm very excited to be going into Spring with so many amazing projects and partners, currently in the works. I continue to be repped for Film & TV by the lovely and talented Adreana Robbins of Bohemia Group. Right now, we're pitching a Christmas movie called GOOD NEWS AT CHRISTMAS (which I'm co-writing with the lovely and amazing Gia Mora.  I'm also working on two new TV projects, THE HUMMINGBIRD (a spy yarn!) with writer Sigal Erez and THE SPACE BETWEEN (hour drama) with Jeremy Palmer!   All of these collaborations have been super-dreamy... and we'll continue to pitch my existing projects, like EVOLUTION and TWIRL, in 2020.

2019 was full of exciting progress; aside from everything outline below (!),  I CAN'T NAME NAMES here, BUT I was briefly in consideration for a Writer's Room job... ultimately went to someone else (unfortunately for me, but fortunately for them) but it was amazing just to be considered, to meet with the showrunner and talk about everything from my hometown, to storytelling, to 'back up plans'!   I was also extraordinarily lucky to be able to properly pitch my TV show TWIRL twice in 2019; to an Oscar award-winning producer, and to a big-deal TV production company.  That same company says they'll hear anything else I'd like to pitch them, in the future... so HERE'S TO FRICKING 2020!  LET'S GO!

9.26.19
A short film I co-wrote made it to the Final 16 of the 48 Hour Film Fest! Finalists were screened last night at the historic Music Box Theater in Chicago.  Congrats, Meals & Credit Productions!

How I Landed Film/TV Representation
By Cara Winter


I just landed representation in Hollywood as a writer for Film & TV.


How did I get here?  Well, mine is an odd story. It’s not a roadmap for everyone. But… there is a common theme, throughout, that you might find interesting: relationships.


Back in 1997, with a newly minted BFA in Acting from NYU, I threw myself into the professional theater.  I acted, directed, wrote, stage managed, costumed, and more. I made very little money, and I’ve always had to have a day job to pay the bills. But I loved my life, I got to travel, made wonderful friends, and had wonderful experiences.


Many, many plays, musicals, and bus-and-truck tours later, in 2007, I became a mom. And when I went back to auditioning, to my surprise, my heart just wasn’t in it. Simple as that. So, after some soul-searching, I decided to pour my heart into my other first love: writing.


While (bored) on tour in 2005, I’d written a play, which with the help of some friends from NYU, I saw produced in New York in 2006.  My friend and fellow writer Howard saw it and loved it, and encouraged me to start writing for Film & TV.  Still, I didn’t write much for about five years, because quite honestly working and raising a small child is a lot.  BUT, finally, in 2012… I wrote a spec script for my favorite TV show at the time,The Newsroom.  I sent it to Howard; he gave me some notes. I re-wrote it, and sent it into a competition… and I won 1st Prize.  As part of the ‘winnings’, I got to take class with - and be mentored by - veteran TV writer Larry Brody.  He has been an awesome friend and resource, ever since.


After this auspicious beginning, Howard introduced me to a manager in New York; she loved my writing, and we hit it off. For her, I wrote several TV scripts (on spec) based on concepts she’d come up with. I wrote, and she pitched.  Then, she said she had a contact at Piller/Segan (they produced Dead Zone, among other things) who was looking for sci-fi pilots, so I decided to write my own: Evolution. This script led to my first-ever phone pitch, which went great… and then, nuthin’.


And then… my manager fell off the face of the earth!  I know, right?!  In her defense, she had the opportunity to become a Broadway producer, so who could blame her!? Luckily, though, a director (who was a good friend with my husband) asked me to write a short film script with him.  We did two of these; neither got made. It’s a thing that happens. But we had fun, and I learned a ton.


Then, I spent a year turning Evolution into a book (it’s being pitched around by my Lit Agent; another post for another time). Then, I co-wrote, co-directed, and co-produced a short film, Division; this time, I made my own work with a community of friends around me.


Not ready to give up on the TV pilot of Evolution, I approached the good people at scriptd.com, who agreed to host a live reading in LA.  I cast friends and friends-of-friends.  Afterwards, one of these kind, friendly actors introduced me to producer Justin Ross at Bohemia Group.  He loved Evolution, and we signed a shopping agreement. Then, I wrote another TV pilot, Twirl, which led to my second-ever phone-pitch meeting with a huge TV company.  Then, I was signed by Bohemia’s Literary Manager, Adreana Robbins, and we’ve been working and becoming friends, ever since.  Adreana is the one who truly put me “in the game” - getting me my first writer’s room interview, lining up more pitches for Twirl, and working her butt off for me!  When they sign you at Bohemia, they welcome you to the family, because they think of it like I do: it’s all about relationships.


And that’s what you’ll need to start building, if you haven’t already: relationships. Whether that’s online or IRL (preferably both), you need to build a community of artists you can rely on. If you get a reading, who are you going to invite?  You’ll need more than a few friends to fill out that audience. If you get a chance to shoot a short, who are you going to ask to pitch in on things like catering, hair & makeup, or even acting and crew positions?!  Screenwriting is not like being a novelist; it’s the first step toward making films and TV.  This is a collaborative art form; so never forget, from beginning to end, from getting something made to getting represented: it’s all about relationships. 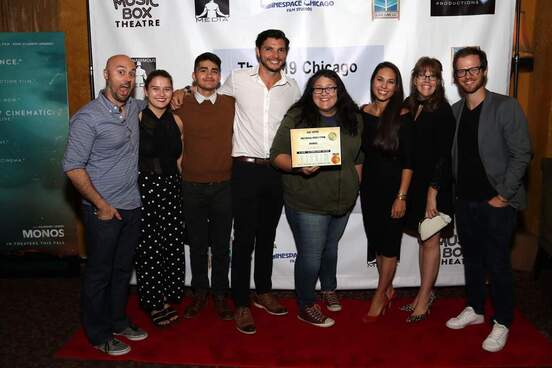 7.16.19
My feature script, Song for the Asking, made it into the Quarterfinals of the 2019 PAGE Awards.  List of QF's, here.
Also, exciting news for my little crowd-funded short, DIVISION was a monthly selection in the Miami Independent Film Festival! 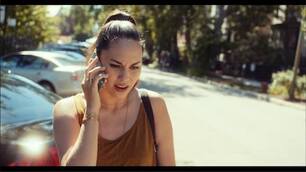 And in the meantime, check out all the latest press: ​

7.25.18
My feature-length screenplay, Sarah Soldier,  made the Semifinals of the International Faith in Film screenplay contest!

6.28.18
My original TV pilot, Twirl, was a Semifinalist in the 2018 Table Read My Screenplay - Hollywood competition.  ​

6.1.18
​My feature drama script, Sarah, Solider, is a
​Semifinalist in ScreenCraft's Public Domain competition!
2.23.18
My new pilot, TWIRL, is currently a Staff Pick on Scriptd.  It  was also a Semi-Finalist for the Table Read My Screenplay (Park City) competition.

​12.15.17
​EVOLUTION placed in the Finals (Top 35) of the WeScreenplay Diverse Voices competition; winners will be announced in January.  The script also received an Honorable Mention (Top 13) in the Emerging Screenwriters competition!

​9.6.17
Scriptd hosted a reading of EVOLUTION in LA (see cast, below).  ​Many thanks to all the actors (right) who not only donated their time and talents, but also invited people all the way down to downtown LA to see it. 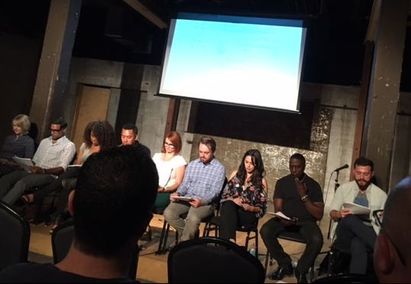 12.10.15
EVOLUTION is a Finalist in the ScreenCraft Pilot Launch competition!  One of just 9 Dramas selected (over 1,500 total entries).
I'm honored beyond words, and excited to find my script in such fine company.  It also made the Semifinals of the BIFF/ ScreenCraft Screenwriters Residency!